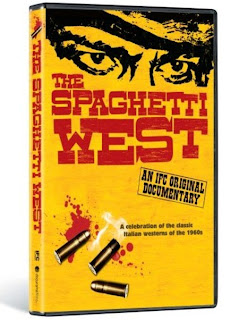 After my wife and I became enamored of British television adaptations of classic literature, I figured that the public libraries would probably carry that sort-of thing and so I checked. Well, to my delight, they carried so much more - at least in the Los Angeles and Burbank areas. Jean-Pierre Melville's LE SAMOURI and Federico Fellini's LA STRADA were not completely unexpected, as foreign art films would seem proper fare at a library, but there were also Italian Westerns - and not just the ones directed by Sergio Leone. The MGM/UA Sabata dvd set was found as well as the IFC/Blue Underground SPAGHETTI WESTERN documentary.
Posted by William Connolly at 6:48 AM