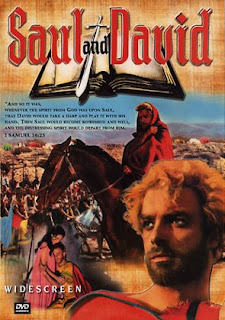 There I was flipping through the cable channels and suddenly I saw Gianni Garko on the screen. What channel was showing a Gianni Garko movie that I hadn't checked already? TBN - The Trinity Broadcasting Network was showing the Italian Biblical epic SAUL AND DAVID. This was the first that I knew that they weren't just televangelists 24 hours a day. So, I've been paying attention to the movies they show - usually on Sunday night, but during the Christmas season they played movies just about every night. And they play the movies without commercial interruption - if you don't count the telephone number at the bottom of the screen alongside the station logo. Last night they played THE STORY OF JACOB AND JOSEPH, which isn't an Italian production, but it was directed by Michael Cacoyannis, the Greek fellow who hired a Mexican/American to play ZORBA THE GREEK.
Posted by William Connolly at 6:47 AM