Steve Reeves on A FISTFUL OF DOLLARS 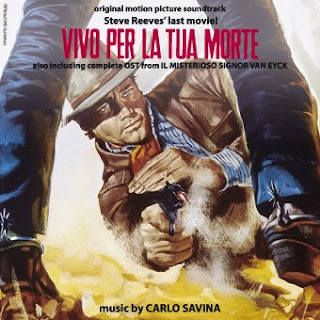 From the July 1994 issue of The Perfect Vision magazine:
TPV: I heard you were offered the role in A Fistful of Dollars and didn't take it.
SR: Yeah. The director of The Last Days of Pompeii was an older gentleman and he was just a figurehead. Sergio Leone was his assistant and did about 90 percent of the directing. We had a little tussle one time because there was a scene where I was being filmed behind bars and he told me to do it a certain way, and I said 'Why?' - in other words, I needed a motivation. I'm not a great method actor, but you have to know why you're doing something. So he said, 'Because I said so.' I didn't like that, and I went after him. They grabbed me, and I cooled off, and after that everything was fine. Later he wanted me to do this Western, and I love the West. He told me about it, but then I found out it was based on Kurosawa's Yojimbo - he had taken it scene by scene and changed it into a Western. In fact, after it came out, Kurosawa saw it and demanded either a royalty or a buy-out. I personally thought, how could an Italian director make a good Western out of a Japanese samurai film? So I turned it down on that basis. That was the first Western in Italy, you know, and it turned out well. But also, I wouldn't have felt real good smoking a little cigar and squinting my eyes for three months. Frankly, Clint Eastwood was much better for it than I would have been. There are certain parts for certain people. To me, Johnny Weissmuller was the greatest Tarzan ever, And some other people, including Arnold Schwarzenegger and Lou Ferrigno, have tried to make Hercules and they bombed. If anybody tried to play Rocky but Stallone, they would bomb. Same with Eastwood; he was perfect for that part.
Posted by William Connolly at 12:01 AM