Aldo Sanbrell is in the hospital 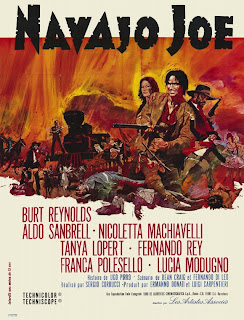 From: http://www.levante-emv.com/
La tumba del pistolero (THE TOMB OF A GUNMAN)
by Andres Valdes
"I have been dying in scores of Westerns." Today, at 79, Aldo Sanbrell lies at the General Hospital of Alicante in guarded condition.
As it dawned on Almeria in 1975 Spain, Sean Connery was eating with Aldo Sanbrell. They were filming THE WIND AND THE LION and the Almeria coast surrendered to the charms of two famous actors who left the night together. In the desert of Tabernas were friends, admirers and former colleagues from the Western side of Europe, the heartless evil in the films of Sergio Leone and Mario Camus; a loved and respected actor. Even today there are many tributes to Sanbrell, black like the back of an insect, as he challenged Clint Eastwood, Burt Reynolds, Lee Van Cleef and Charles Bronson holding a revolver in the dust made epic by Ennio Morricone. They have applauded his death, had shot down evil; the cruel gringo traveling to hell with his skull split by a Navajo tomahawk. Now, 40 years after the decline of the Spaghetti Western, his life now far from the stage and warmed only by the most faithful: his wife and his representative. 79 year old Aldo Sanbrell, after suffering three strokes, is in a room at the General Hospital of Alicante, a city where he consummated his disappointment with the same industry that took him to its heights. An actor in more than 170 films since his debut as an extra in KING OF KINGS in 1961, he has known more recognition in his country and a modest mention in the festival of short films by Sax in 2007.
Jose Portoles, manager and close friend of the actor since he moved to Alicante in 2006, reported on May 25 that the veteran actor was admitted after getting a poor prognosis. "Today, neither AISGE or the Spanish Film Academy have shown interest in his condition. He is the great desert of Tabernas. The movie 800 BULLETS, by the president of the Academy Alex de la Iglesia, was inspired by his personal friendship with Clint Eastwood. Sanbrell agonises today alone, forgotten by the industry in an Alicante hospital. That's how Rome re-pays its Generals," Portoles laments.
Sanbrell happened in Madrid during the Civil War and its aftermath, until at age 18 he was called up by the regime for military service. "He said he was not going to work for an army maintained by a hated regime. He was very athletic and went to Mexico to make a living as a singer and football player, after a time with Rayo Vallecano in Madrid. In the land of Pancho Villa, he sang flamenco, learned English, emulated Sinatra under the stage name of Alfredo de Ronda and played football in Puebla and Monterrey. Each day of filming became a party. Eastwood twisted cigars and the Dollars trilogy came from his cigarette. Eli Wallach, 'the ugly' of THE GOOD THE BAD AND THE UGLY, confessed that the first thing he learned in Spanish was 'tapas, drinks and shrimp' from Sanbrell during filming."
One year after participating in the culmination of the Leone Western saga, he played alongside Burt Reynolds as a young NAVAJO JOE. His performance was indelible as seen in his recent participation in the TV series The Commissioner.
Bedridden, Aldo smiles and says that he can not speak because he is sedated, not because he is weak. In the room, there are his wife and Portoles. And Burt Reynolds, who, from the cover of NAVAJO JOE, reminds him.
Posted by William Connolly at 9:19 AM