Duccio Tessari on the difference between American and Italian Westerns 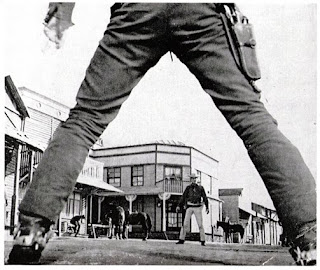 LDL: What are the differences between the Westerns of John Ford and Howard Hawks and the Westerns of Sergio Leone and Duccio Tessari?
Duccio Tessari: The fundamental difference is that they play at home. They have the right faces for the characters; from the heroes to the extras - the indians are as real as the musicans and the cowboys. Their scenery and environment are genuine. We were compelled to struggle with impossible things. It was typical in our films that the villains were Mexicans. Why? Because we were shooting in Spain where the scenery and the environment looked like the American West and the people were similar to Mexicans. The only Americans were the 2 or 3 main characters. We were compelled to recreate everything; Americans had everything on hand. That's the real difference between our Westerns and their's.
Posted by William Connolly at 8:49 AM