From LADD A HOLLYWOOD TRAGEDY by Beverly Linet,
aka LADD THE LIFE, THE LEGEND, THE LEGACY OF ALAN LADD 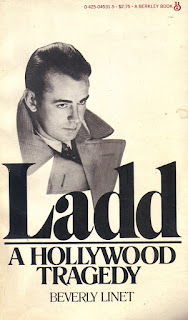 (At the time Alan Ladd made ORAZI E CURIAZI in 1960, he was married to his second wife, Sue Carol - with whom he had two children, Alana and David. With his first wife, Marjorie, he had Alan Ladd Jr.)
"Aware of the cruel Hollywood bromide that 'an actor is as good as his last picture' and unable to fool himself about the outcome of his last five pictures, Alan still felt that one blockbuster could put him back up in the polls again.
"HORATIO would be his first spectacle - complete with lavish sets and the obligatory 'cast of thousands.' The screenplay, dramatizing the details of the celebrated feud between Horatio and his brothers and the Curati family of early Rome, complete with a Romeo and Juliet-type love story, appeared to have greater substance than most of the genre. The finale, depicting the legendary duel unto death (the film title would eventually be Americanized to DUEL OF THE CHAMPIONS), was written to contain the dash and derring-do likely to show off Alan Ladd to best advantage.
"'My father,' David Ladd recalls, 'did not make that movie because he thought "Hey, I got a movie, so I'm going to do it." It was made because the elements in that movie seemed right. My God, working with director Terence Young in those days was an honor. This was meant to be Terence Young's SPARTACUS, but as it turned out, it was his disaster.'
"Sue agreed. In mid-January she wrote Hollywood Reporter columnist Mike Connolly from Yugoslavia: 'It was so cold today that the extras refused to work and I can't blame them. Those togas are cold. Ask Alan!'
"A month later, chilly togas were the least of the Ladd's problems. From Rome, Sue called Louella Parsons to explain why Alan, for the first time in his career, had walked off a picture in the middle of production. Louella printed her account:
"'Alan has worked eleven weeks without a cent. He reported on the set every day and performed under the most grueling locations in Yugoslavia. Alan's agent, MCA, and his lawyer were given a check for $50,000 by the company, partial payment for his services, which MCA has not been able to cash. We have informed Tiberia (Paramount) we are leaving for Paris tomorrow to board the S.S. United States for home.'
"Louella sympathetically observed that she was 'sure Alan's previous fine record as a dependable performer will stand him in good stead in the legal fireworks bound to explode.' A couple of days later, however, Sue was back on the transatlantic wire and Louella dutifully reported:
"'Alan Ladd, who walked out of his Italian picture, HORATIO, and sent all of his luggage home, is staying in Rome to finish the picture. Lux Pictures have assumed payment of his salary. It's fine with Alan, only he hasn't any clothes - just one suit. Everything else was sent on ahead.'
"The lack of a wardrobe was distinctly underwhelming - by now Alan knew that HORATIO was easily the worst movie he had ever made, and that critics would most likely savage both the picture and his acting. 'And I had wanted so much for it to be a good picture,' he would tell friends later.
"And in Rome a sinus infection that had bothered him for years flared up, and he retched so long and so violently that an Italian doctor predicted gloomily, 'If you don't stop soon, you'll die before morning.' At the moment it seemed a benediction.
"But he went on working. It was what he did." 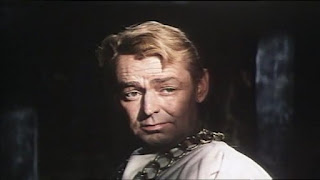