In Praise of Sonja Bennett 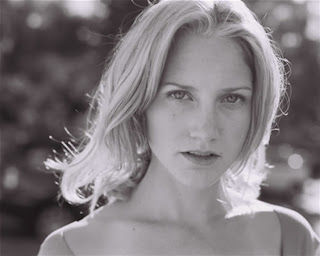 Among the previously listed Canadian actresses was this young woman who came to my attention in the 2002 film PUNCH for which she was awarded the Women In Film Award at the 2002 Vancouver International Film Festival as well as the Best Actress In A Canadian Film by the Vancouver Film Critics Circle. Surprising, she never appeared on DaVinci's Inquest, but showed up on other "shot in Vancouver" TV shows like John Doe, Cold Squad, Tru Calling, The Dead Zone, Masters of Horror, Stargate Atlantis, Blade the series, Supernatural, Masters of Science Fiction, Fear Itself, Psych and Battlestar Galactica - but was featured best with a reoccuring role at the end of season two of Eureka as a love interest for the show's hero Sheriff Jack Carter. This year she was again awarded by the Vancouver Film Critics Circle for her performance in a film given such a title as to dare a distributor in the U.S. to pick it up: YOUNG PEOPLE FUCKING. If anyone is aware of a Canadian DVD release, please let me know.
Posted by William Connolly at 7:58 AM