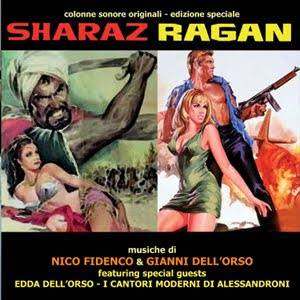 From: SO YOU WANT TO MAKE MOVIES
My Life As An Independent Film Producer
by Sidney Pink
Tony Recoder told me about an American director, Gilbert Kaye, who might be available if we could get him cleared through the red tape to allow him to work in Spain. Gil came to Madrid because he had been promised a directorial job with Bronston. The film fell through when the Bronston empire collapsed, and Spain's movie industry began crumbling slowly. It became evident that Franco had lost control of his government and the senility that finally felled him was now taking its toll. Censorship was once again taken over by the fanatical arm of the church known as Opus Dei, slowly strangling every producer with its demand for complete control over everything produced by both foreign and local consumption. They demanded an official work permit for everyone, and the more liberal interpretation of the coproduction law ended. Gil was unable to get a job.
Gil impressed me with his obvious experience, so we took the short cut used so many times before. Gilbert Kaye became an Italian and a member of the Italian Directors Guild. We paid an Italian director for the use of his name, and that Italian name showed in all of the European prints, but Gil got his credit in the U.S. and the rest of the world. Finally we were able to shoot RAGAN.
Since the entire story took place in a mythical South American country, we got Italian permission to shoot all of it in Spain. The dusty plains to the south of Madrid made a perfect setting. We cast another Italian name star, Antonella Lualdi, as well as Rosella Como of THE TALL WOMEN as the female leads, while Gustavo Rojo took over the part of the heavy. Gustavo played a comedic Roman police captain in MADIGAN'S MILLIONS, a simpering hotel manager in FICKLE FINGER OF FATE and a handsome legion commander in WITCH WITHOUT A BROOM. He was so damned versatile that it was like having Reggie Jackson for every possible position on the team. RAGAN was the easiest film I ever made in Europe, thanks to the smoothly functioning production team we had developed and the competent and sure direction of Gil Kaye. I wasn't needed more than three or four times during the six weeks of shooting.
Posted by William Connolly at 6:33 AM