The enigma of Philip Yordan 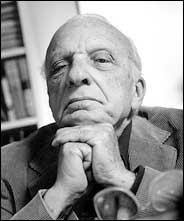 While his book HOLLYWOOD EXILE or How I Learned To Love the Blacklist is a memoir of his career in moviemaking, Bernard Gordon spends much of it analyzing Philip Yordan. It was in Yordan's employ that Gordon was his most productive. Gordon sums up Yordan in two paragraphs:
"Yordan has been generous about filling me in with some of the stories I've related in these pages, spending hours on the telephone with me. I may not have portrayed him as an unsullied hero, but I hope he comes through as the fascinating, unflappable, if flawed, human being he is. We did, indeed, have a long and symbiotic relationship. (Symbiosis is defined in Webster's Dictionary as 'the intimate living together of two dissimilar organisms in a mutually beneficial relationship," and this seems to describe us.) Yordan has become something of a Hollywood legend and enigma, and, because of my relationship with him, I am constantly asked for the 'bottom line': Was he a phony, a fraud, someone without talent for anything but self-promotion? Could he write? How did he amass so many respectable writing credits?
"Granted that I would not, under any circumstances, wish to trash him, it is fortunate that I do not feel the need to do that. I knew him as a man who genuinely considered himself a writer, a man who could and did sit down and write scripts - as when he wrote the script for BAD MAN'S RIVER, and as, in the same suite as me, he tried to turn out scenes for BATTLE OF THE BULGE. The same was true when we were struggling to come up with scenes and ideas for KRAKATOA. In more recent years I have known him to turn out many scripts that he has tried to promote. None of these writing efforts appealed to me as good professional work, but that is just my opinion. In any case, this does not make him a fraud, who, unable to write himself, exploited others to do the work for him. I certainly knew him as a man who could and did contribute creatively with good ideas and concepts for improving scripts, making them work, as for example in 55 DAYS IN PEKING, DAY OF THE TRIFFIDS and other instances not recounted in these pages. Perhaps it would have been better if he had settled in as a producer who would work productively with writers, but, in any event, I have always known him as a man who took himself seriously as a writer, took pride in that, and did not deliberately wish to hide behind the work of others. I respect that."
Philip Yordan died on March 24, 2003. Bernard Gordon died on May 11, 2007.
Posted by William Connolly at 12:47 PM