In Praise of Katharine Isabelle 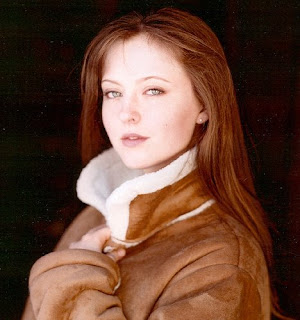 In partnership with Emily Perkins, Katharine Isabelle knocked me for a loop in the 2000 Canadian flick GINGER SNAPS, one of the best Horror films of this new century. Researching her work to see what sort of range she has, I found over 50 credits; some under the name Katie Murray (a 1989 episode of MacGyver) and some under the name Katherine Isobel (a 1995 episode of Lonesome Dove: The Series and a 1998 episode of The X Files). Both Katharine and Emily had credits on a Canadian TV series which I had been ignoring in U.S. syndication, so to see more of them I caught an episode of Da Vinci's Inquest. That was one of the happiest decisions of my life, as Da Vinci's Inquest gets my vote as the second best TV series ever - behind The Wire. Since then, Katharine has brighten up episodes of The Outer Limits, Smallville, Stargate SG-1, Sanctuary, Supernatural and just about every U.S. TV series that shoots in Vancouver. She's also done an impressive number of Canadian feature films, but, as she's said, "You do these Canadian independent movies, you build up a name, and then you've gotta do shitty TV episodes just to pay your bills. It's hard to build your career when you keep on having to backtrack to do crappy things to pay for what you're doing."
There's been two GINGER SNAPS follow-up features, but neither were written and directed by the filmmakers who made the original, so even with Emily and Katharine, I don't recommend them.
Last year, Katharine won the Gemini for Best Performance by an Actress in a Featured Supporting Role in a Dramatic Program or Mini-Series for The Englishman's Boy. I hope to get a chance to see this.
Posted by William Connolly at 5:18 PM