Why Robert Siodmak for CUSTER OF THE WEST? 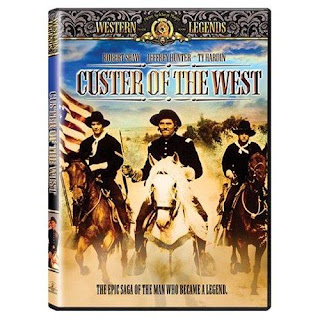 From HOLLYWOOD EXILE or How I Learned To Love the Blacklist by Bernard Gordon
(After a bad meeting in director Robert Siodmak's hotel room in Madrid, Philip Yordan, Julian Zimet and Gordon took the elevator down.)
I expressed my annoyance. "The man is useless. He hasn't an idea in his head. You want my opinion? Don't even consider him."
"I'm hiring him."
I was really astonished. "Why?"
Yordan gave me my next lession in the Realpolitik of filmmaking. "We need a star or we have no deal. We have no script to show to a star, so what do I do? I go to Robert Shaw and ask him to do the picture. He wants to be helpful. But without a script, how can he agree? I tell him I'll get him a good director. He agrees that he'll sign on if I get an experienced director. How do I get a respectable director to take the job? I still have no script. I find out Siodmak is hungry. He has an impressive track record, but he's out of work in Switzerland. The phone isn't ringing. He's dying to do another picture and pick up another fee. So I get Siodmak and I've got Shaw - and I get the four million bucks to make a picture."...
The final twist on all this Yordan didn't bother to mention until years later. Siodmak came cheap. He was paid only $100,000, probably a third of what any established director would have been paid for a four-million-dollar epic....
Much later Yordan told me that Siodmak had been suffering from cancer and was urinating blood during the shooting of the film. This altered my feelings toward the man, and, in retrospect, I think of him as functioning gallantly in the face of a fatal condition.
Posted by William Connolly at 8:28 PM