Robert Woods on Sicily and stuff 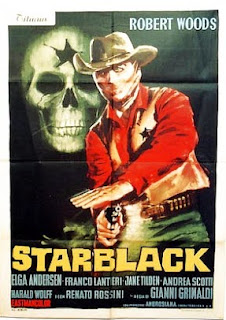 From: That's With An "S" IV
An interview with, and a look at the films of, Robert Woods
by William Connolly
with research by Michael Ferguson, Tom Betts and Gordon Harmer
Spaghetti Cinema #53, June 1993
Robert Woods: (On MY NAME IS PECOS...) Demofilo Fidani did the costumes. Demofilo and Mila Fidani. They did the costumes and that sort of stuff. And he became very big.
WC: Fidani?
RW: Yeah, as Miles Deem. The guy released films in South America and made fortunes. I did his first film. They begged me to do for nothing. It was called PEONYS and it was a piece of garbage. I hated that film. And I die in the end, and in Naples they tore out the seats of the cinema and threw them at the screen, because you don't kill the hero. You just don't. Not in a Latin country. You just do not kill the hero.
That's Naples, though. The Southern Italians, man, they just, "Arrgh! This isn't what I want to see. I want him to win."
Rome and the South are kind of weird people; kind of strange people. Arab almost. I mean there's sort of this Arab influence.
WC: I understand that Italy and Sicily are almost like two different countries.
RW: Oh, yeah. Indeed.
I did a film in Yugoslavia, I can't remember the name of it, with Gianni Grimaldi.
[STARBLACK.]
And he was Siclian and I went down to visit then. I love Sicily. What a beautiful place. We went fishing all night, Elga Andersen and I. The lights on the water, and fish flying - the flying fish - and the moon. Ah, man it was great! It was great! It was one of those unforgettable experiences where even the smells around you; everything was sensual. Great time. Great time.
WC: And, of course, we have Sicily to thank for Claudia Cardinale.
RW: I've got a Claudia Cardinale story. I was sitting on the set with Hank Fonda one day when we were doing BATTLE OF THE BULGE and she was down doing something... She was down getting ready to do something, and somebody brought her in and introduced her to Fonda. And he introduced her to me. I hadn't met her either. And he talked; he was very congenial - Fonda's a great guy. And as she walked away, he said, "Beautiful girl."
And I said, "Yeah."
He said, "Fat ass."
She's got this huge butt, you know?
And that was shocking from Fonda, because he wouldn't usually do that.
Posted by William Connolly at 10:43 PM