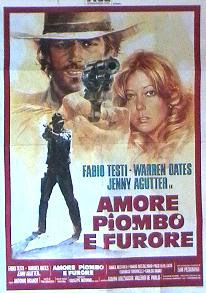 From: Cable Column
"A Conversation with MONTE HELLMAN"
Z Channel Magazine - unknown date
Monte Hellman: TWO LANE BLACKTOP probably had the most success of any of my pictures because it was really widely distributed. It was booked into a lot of theatres in America even though it wasn't ever really promoted. But I think CHINA 9, LIBERTY 37 actually made more money in a realistic sense for the people who were involved because it was made so cheaply and everybody that sold it, sold it at a profit. TWO LANE BLACKTOP, I'm sure made money for the distribution company but the production company claims that it's still in the red or something. I don't know. CHINA 9, LIBERTY 37 made more money because everyone who's touched it has essentially doubled his money.
(Z: Was TWO LANE BLACKTOP the biggest budget?)
MH: No, actually CHINA 9, LIBERTY 37 was the biggest budget. TWO LANE was $900,000 and CHINA 9, LIBERTY 37 was $1,100,000, actually. Just to show the difference now, one film I'm preparing to be shot essentially the same way as the other pictures, in Jamaica, is budgeted at $2,700,000. And that's the cheapest we can make it. That's how much the cost of films has gone up in the last two or three years.
(Z: Why are all three of your Westerns so different?)
MH: When I made the first two Westerns, I was really trying to do something different because I thought everybody had already made all the traditional Westerns that needed to be made. So I decided to make a couple of anti-Westerns. And having done that, I got it out of my system. When it came to CHINA 9, LIBERTY 37 I really wanted to make a pro-Western, a traditional Western. And I guess I did it to the best of my ability. I think it didn't quite come out that way, but I gave it my best shot. (laughs.)
[The film Hellman was preparing was IGUANA (1988).]
Posted by William Connolly at 1:37 PM