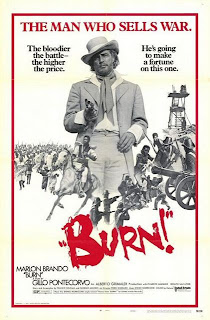 From: Marlon Brando: The Godfather Roars
by Chris Hodenfield
Rolling Stone May 20, 1976
"But films... it's funny. People buy a ticket. That ticket is their transport to a fantasy which you create for them. Fantasyland, that's all, and you make their fantasies live. Fantasies of love or hatred or whatever it is. People want their fantasies over and over. People who masturbate usually masturbate with, at the most, four or five fantasies. By and large.
"Most people like the same food and they like the same kind of music, they like the same kind of sexual fantasy for a period of time, then maybe it changes. As it is in children. Who is it?" He drummed the dashboard. "Bruce Lee. That's the hero. Then you grow up and grow out of your Bruce Lee period, or your Picasso Blue Period, and go into another period.
"But with kids, because they overpower us, because they have no representation, because they are so dependent, all they think about is power. Dinosaurs of the Million Dollar Man, because they feel so helpless, because they have no way out of it, except fantasy. Because they are only that tall."And that's all films are." He had a concerned knit to his voice, like a preacher talking about poverty. "Just an extension of childhood, where everybody wants to be freer, everybody wants to be powerful, everybody wants to so overwhelmingly attractive that there's just no doing anything about it. Or everybody wants to have comradeship and to be understood.
"They become lullabies. They're 'tell-me-again-Daddy' stories. That's all television is: 'Tell me again, Daddy, about the good guy and the bad guy and the strong guy and Kung Fu and Flash Gordon.'"
His voice grew soft. "People love to hear the stories, they love to hear the lullabies.
"Tastes change, but the function doesn't. I might as well be Jimmy Cagney in WHITE HEAT. The same story, the positive and the negative, the yin and the yang, the antihero.
"There's no fooling. People are sheep. They'll just do any fucking thing. Anything. I mean, the sum total of everything I believe is the sum total of everything I've read, seen. I'm not told how to do it, it's just... something's influenced me. James Joyce or Schopenhauer of my aunt Minnie.
"But everybody's looking for the man on the white horse, everybody's looking for the one who will tell the Truth. So you read Lao-tzu, you read Konrad Lorenz, I don't know who else, Melville, Kenneth Patchen, somebody you think is not a bullshitter. Somebody who has the eyes of a saint and the perceptions of a ghost.
"They're gonna tell us the way, they're gonna show us. They never really do, and we run around being cheap imitations of all those influences."
He shrugged in a resigned way. "But there isn't much of another way."
Posted by William Connolly at 8:54 AM