A new executive for Sidney 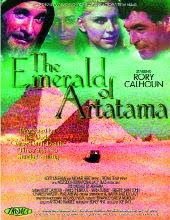 From: SO YOU WANT TO MAKE MOVIES
My Life As An Independent Film Producer
by Sidney Pink
The Westinghouse people gave in first. After reading the upgraded scripts tendered to them for approval, they realized we really intended to deliver higher quality, and they were impressed by our choice of director and the casting of Tom Bosley. It was quite apparent even to them that additional money given to us would show up on the screen, and they would benefit as much as we did. We had very little trouble in getting an additional $30,000 per film, but Westinghouse did throw in a couple of conditions.
Pack felt that I was carrying too much on my own shoulders, and if anything should happen to me, the entire program would collapse. He felt we needed to protect the program as well as Westinghouse by adding an executive producer who would take over the reins of the production if I should falter. He also felt the onus of complete personal supervision was a burden that should be shared with someone capable of handling that much responsibility. He demanded an equal voice in the choice of that person, although it was agreed he would be our employee on our payroll and directly responsible only to us.
Then Dick unloosed his curve. Strangely and almost miraculously, he had just the perfect man for me. Mitchell Grayson. Mitch was an old friend and compatriot of Dick's earlier days spent in little theater and writing classes who had continued his career into motion-picture production. He was available, having just completed a production job with my old friend Eli Landau. I checked with Eli, who was lavish in his praise of Mitchell Grayson...
I am certain Dick Pack felt he had planted a mole in my organization and accomplished what he had failed to achieve with Howard Barnes. He felt he would be privy to everything going on in Our organization, including my personal thoughts. He was dead wrong. Mitch and I became fast friends, and although I had occasion to question his judgment, I never doubted his loyalty or integrity. On the contrary, as he perceived the nefariousness of Dick's dealings with us, he began to confide to me the confidential reports and requests he received from Pack. Dick helped me more than he knew or intended...
With Westinghouse relatively peaceful for the moment, we resumed the task of our final casting, the completion of which would allow us to return to Madrid and get back to work. Our relations with the Trade Bank (Larry Meyers) were at their best, and I became a stockholder. My line of credit with the bank was in excess of one million dollars, and in the sixies that was a lot of money. From the menu of hot dogs and Nedick orange drinks to a million-dollar credit line in less than two years! Where else but in showbiz could such miracles be achieved? I was the talk of the industry, a great deal of it bad because of my alliance with the great enemy, television. The praise from Paul Rosen, however, was making it easier for us. Such was the esteem in which he and Famous were held that he was slowing turning the tide of resentment to one of respect for our accomplishments.
Paul finally managed to pin down Cameron Mitchell for TREASURE OF MAKUBA, who accepted the $25,000 offer for our standard six-week contract, and of course we received immediate approval from Pack. I also called Rory, who accepted the offer to return to Madrid and work with Jim Philbrook again. We had a little trouble with Pack on this one because he didn't want two Rory Calhoun vehicles on the program. An appeal to McGannon resolved that disagreement because, as I knew, the McGannons liked Rory. EMERALD OF ARTATAMA was now cast as well. That left RAGAN, additional names for THE BANG-BANG KID, and MADIGAN'S MILLIONS as the final casting problems.
Posted by William Connolly at 6:16 AM