Sidney wants to renegotiate with Westinghouse. 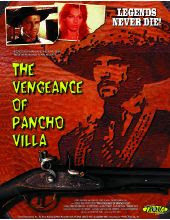 From: SO YOU WANT TO MAKE MOVIES
My Life As An Independent Film Producer
by Sidney Pink
There was still a lot of work to be done before I left for New York. Although I had no intention of turning another camera until we had a new deal with Westinghouse, I still had to prepare for the future with the idea that we would be able to work out our differences and go forward. We had the A THOUSAND AND ONE NIGHTS script for Elorietta, plus MADIGAN'S MILLIONS from Henaghan. On tap were two more story ideas by Howard Berk, THE BANG-BANG KID and an adventure yarn entitled RAGAN. Berk also had two more story outlines that sounded interesting and on which I took options. They were the TUNNELS OF KAISERFURT (a World War II story) and a very funny idea, THE PRESIDENT IN SIXTY-FOUR WORDS OR LESS. I had my own original HONEYMOON FOR SPINSTERS, and John Melson submitted IF THE SHROUD FITS. There was no lack of good scripts, and I could foresee a still brighter future if we were able to get more money from WBC and spend it on better production.~I had already delivered the six precontract films to Westinghouse, and under the new production contract we delivered TALL WOMEN, FICKLE FINGER OF FATE, WITCH WITHOUT A BROOM, DRUMS OF TABU, VENGEANCE OF PANCHO VILLA, and now THE CHRISTMAS KID. Quite an accomplishment for less than one year. Our film had been shipped from our Spanish lab to Movielab in New York, which had accepted all the materials. We had more than fulfilled the terms of our contract and Westinghouse complied on its side. It was a good time to stop, catch our breath, and map out the future.~There was still the matter of setting distribution deals for Spain. Since all our pictures were of Spanish nationality and had well-known American stars in them, we were much in demand. I was not knowledgeable about Spanish distribution so I had deferred to the expertise of Pepe Lopez Moreno and Tony Recoder...
At long last my answer print was ready. Howard Berk had finished a first draft of this two stories, and Elorietta submitted a final script for TREASURE OF MAKUBA and GIRL OF THE NILE (which was retitled EMERALD OF ARTATAMA). Now I was ready to go back to New York and face the Westinghouse crew again. I knew they were preparing some real surprised for me, but I had to be brave. Off I went to face a New York winter.
Posted by William Connolly at 6:21 AM