Richard Wyler on THE BOUNTY KILLER 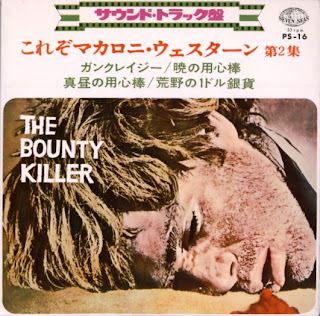 Interviewed by Robert Monell
Q: THE BOUNTY KILLER, aka THE UGLY ONES, has become a sort of cult film over the years.
A: I didn't know that. It was a very good film. I did it right after COPLAN, I think. Eugenio Martin, the director, was connected by family ties to General Franco, the Spanish dictator at the time, and seemed to have an unlimited budget. I was met at the airport by a welcoming committee and a limousine and driven right to the set. It was a good story and I think it's my best European film, the characters that Tomas Milian and myself played really had some chemistry. I really got a chance to act.
Q: Tomas Milian also has a following among Spaghetti Western fans.
A: I didn't get along with him, but he was a very good actor. I thought he an obnoxious person, but once he got into his role he really was totally professional. We really were allowed to get into our characters and that's why it worked. It was all shot in the desert, in Spain.
Posted by William Connolly at 4:14 PM