Getting Anne Baxter for THE TALL WOMEN 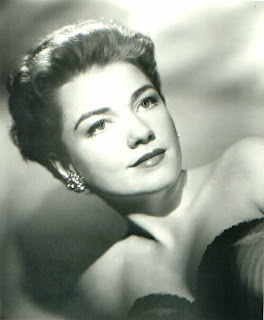 From: SO YOU WANT TO MAKE MOVIES
My Life As An Independent Film Producer
by Sidney Pink
Anne was represented by Herman Citron, a former William Morris agent with whom I had dealt previously. Herman was now an independent agent representing just a few well-known names. I called Herman and asked to meet with Miss Baxter, and he laughed at me. I told him about the script and asked that it at least be shown to her. He did what no agent should ever do: he refused even to let her see that script. He said it would be a "cold day in hell" before I would ever get Anne Baxter in one of my "TV pieces of shit!"
I guess Herman thought that would end it, but he was dead wrong. I called Cesar Romero and asked for Anne Baxter's phone number. If you knew Romero, you didn't need any phone books to get the number of beautiful stars in Tinsel Town or New York. He has dated almost every beautiful woman who ever lived in Hollywood, from Joan Crawford to today's starlets, and he is perhaps the best loved and most wonderful escort in that city. Without any qualms, he gave me Anne's unlisted number with the admonition to tell her where I got it.
Next I called Barry Sullivan and asked him to call Anne and tell her who I was and that I would be calling her. I had no desire to come on as a complete stranger. Barry did so and called me back to let me know she was willing to talk to me. When I called her myself, her warmth over the phone was proof she was a woman of real quality. She had not received one film offer since her return from the Australian outback, where she spent three years trying to make her marriage work. She was anxious to get back to work and said she would be happy to read my script. She was shocked at the actions of her agent and was really upset that he felt she was unable to make her own decisions about a script. She gave me her address, and I sent the script by personal messenger. I told her the screenplay was by Jim Henaghan, whom she knew quite well from his Hollywood Reporter days and with whom she had discussed several roles in films made by Batjac. I knew she would like the script because it was a most challenging one.
It took three days for her to get back to me, but it was worth the wait. Anne was definitely interested and willing to discuss making the picture, but she needed some clarifications in the script and wanted to discuss it with the writers. I told her I had written the original story and screenplay with a Spanish writer and that Henaghan had done the rewrite, but if she wanted to make any suggestions for changes, I would be happy to bring Henaghan to Hollywood. She implied that if we could change or explain what she found unacceptable, she would most likely agree to do the picture. I promised to get back to her after I spoke to Henaghan.
Next I called Dick Pack with the news. He couldn't believe our luck and he offered to come out to help us. I don't think I have ever been so profuse in both my thanks and in my creative explanations why it would not be a good idea for him to come. Then I called Henaghan, who was delighted to come back home, but he needed a week to clear up his affairs sufficiently to get away. I called Anne back and made an appointment eight days later for lunch at the Polo Lounge. Then I flew back to New York to complete the financial arrangements.
Posted by William Connolly at 6:04 AM