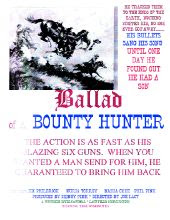 From: SO YOU WANT TO MAKE MOVIES
My Life As An Independent Film Producer
by Sidney Pink
(Having established his operation in Spain, Sidney Pink returned to New York to finalize the contract.)
The next morning, we met in the conference room at the Gettinger office to review what had happened in my absence and to determine our final demands for contract terms. Peter Gettinger felt Westinghouse was ready to offer $75,000, payable upon delivery. I brought detailed costs showing that our minimum selling price had to be $90,000. Moreover, if we were to meet the pressures of that intense shooting schedule, we had to be paid in three equal installments. If we tried to bank-finance the entire cost of production, the finance charges would materially increase costs. We needed to receive one-third of the money on approval of script and certainly no later than the first day of principal photography. We would need another third upon completion of shooting; and the final payment would be due upon delivery of the negative materials and a certification by the lab that the materials were in usuable condition.
I gave considerable thought to the Westinghouse demand for final script and cast approval, and I decided we would be unable to live with those conditions. We could be tied up for a long time on script approval if the folks at Westinghouse became adamant, and I certainly did not want to give up complete artistic control to people who had no real experience in moviemaking. I could visualize their paralyzing us by demanding a star personality totally beyond our reach, and we could be left with an entire production company awaiting decisions that might never be made. We had to be the creative masters, but we could allow Westinghouse sufficient controls to assure the commercial worth of the product...
(The next day) we proceeded to the Fifth Avenue offices of WBC to meet with McGannon, Israel, and Pack.
Don McGannon was a soft-spoken, well-dressed, handsome man. With his dark hair speckled with just enough gray to make him distinguished looking, he was the complete and perfect WASP. He was the quintessential giant-corporation president, and he knew how to handle the job. There was never any doubt who was in charge of the Westinghouse negotiations, and try as he did, Dick Pack could never take over. Don (he permitted me to call him that, although it felt sacrilegious for me to address him by his first name) didn't do too much talking, but his presence was sufficient. Israel wisely refrained from making more than a few pertinent comments, while Pack talked too much. He was trying to impress his two bosses with his knowledge of movies and production, but to me it was quite obvious he hadn't the vaguest idea what he was talking about. I permitted him to make himself look good without bursting his balloon. I knew in my heart that the deal would be made; Dick Pack had to succeed in bringing Westinghouse into movie production. As it turned out, I was right about this, but I was too scared to take full advantage of the moment, so I blew it.
We made our demands, and after strenuous debate on every issue, McGannon conceded almost every point. Our one real difficulty turned out to be exactly what I had predicted, the issue of artistic control over the finished product. Pack was adamant in his demand for final approval of casting and script as well as the right to view rushes. I was just as adamant in my position that I could not concede the point. We reached an impasse, but no one made any move to break up the meeting, and we sat silently as if at a loss for words. In retrospect, I think if I had taken the gamble of walking out on the meeting, or at least given the impression I was ready to do so, I most probably would have won my point, but I was too chicken to take the chance.
Peter finally suggested the compromise solution that we agreed to accept. Westinghouse required two "acceptable name stars" in each picture, but could not unreasonably withhold its approval of names offered. For our part, we would show the rushes, but we would not be required to accept revision suggestions from the Westinghouse side. Script approval, once given, meant no changes by either side without written authorization, and final artistic acceptance was mutual. It was a lousy compromise, and the moment it was agreed upon was the very moment that guaranteed the demise of the project. I knew it, I felt it, but I was paralyzed by the need to get the deal. The meeting ended on a high note, with all of us feeling we had accomplished something new and exciting, but I had a sinking feeling in my stomach as I left, and my instincts told me that living with this hodgepodge complicated compromise couldn't last long.
Posted by William Connolly at 6:23 AM