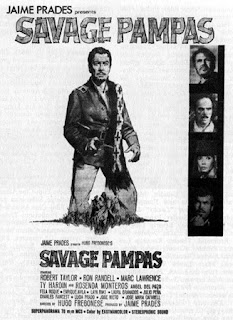 From: SO YOU WANT TO MAKE MOVIES
My Life As An Independent Film Producer
by Sidney Pink
Now I had some real projects to discuss. Next I needed to find new and interesting scripts that would be personally produced, and for this I had to go to my American writers.
There were a few journeymen writers that made Madrid their home during the years. The most professional of the lot was Jim Henaghan, once the gossip column writer and chief reviewer for the Hollywood Reporter...
Jim was weird, lovable, a curmudgeon, and a fake, yet we all adored him, and his eccentricities only made him that much more charming. He bilked me, but he helped me as well. He and I were very close during my nine years in Spain, and when he followed me to Puerto Rico, we continued our close friendship. In Spain, Jim ruled over the intellectual world (or rather, those who fancied themselves such), and they call came to see him and sit at his feet as if he were some guru. He knew I saw right through him, but he saw himself as he was and we laughed at it together.
Jim had been involved with John Wayne in his Batjac Productions and was responsible for some of the Duke's best work. Together with Bob Fellowes, Jim had ruled the roost of that company for years. He was Wayne's drinking partner through the making of THE ALAMO and left the company only when the doctors told him it was either quit drinking or quit living. That's why he was in Madrid. Jim wrote nine scripts for me and became my story editor for our Westinghouse project.
There were two other competent writers with whom I worked. John Melson and Howard Berk. John wrote one original script for me and a lot of rewrites of Luis de Los Arcos originals. I never heard from him after I left Spain. Howard Berk had perhaps the most creative story mind of the three, but he had difficulty putting his ideas into script form. He never gave me a completed script that would create a full-length movie, but he did give me some very original stories. I see his name occassionally on some television shows and Hollywood films so I know he is still around. He, John, and Jim were the mainstays of our Spanish writing stable, rounded out by Luis de los Arcos and me - a formidable foursome. Together we turned out forty-six films. And now, to launch the Westinghouse project, we had to submit a minimum of six scripts for approval.
(Jim Henaghan was the son of Gwen Verdon and her first husband, James Henaghan. Prior to writing for Sidney Pink, he worked on STOP TRAIN 349 with Sean Flynn and EL NINO Y EL MURO with Linda Christian. John Melson worked on LAST PLANE TO BAALBEK, SAVAGE PAMPAS and with Philip Yordan on BATTLE OF THE BULGE. Howard Berk went on to write episodes of Mission Impossible, The Rockford Files, Get Christy Love! and McMillan & Wife.)
Posted by William Connolly at 8:24 AM