Bernie Glasser To The Rescue of THE CASTILIAN 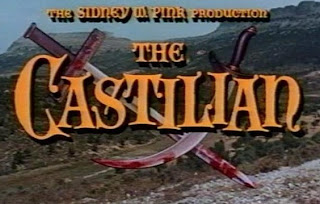 From: SO YOU WANT TO MAKE MOVIES
My Life As An Independent Film Producer
by Sidney Pink
Actually, our major problem turned out to be lack of an experienced cutter and a producer who understood the requirements of this major production effort. No one at MD had the experience to comprehend the magnitude of preparation needed to make a giant film like VALLEY. The production demands we faced were akin to planning a giant military operation. The confusion lasted several days, until I took matters into my own hands and approached Espartaco. I made it clear that unless he was able to get the right production crew, we were lost and I was ready to pull out. We held a production conference, and I suggested we hire one of the American production managers from the Bronston company, whatever he might cost. Espartaco agreed.
We were able to get one of Bronston's key production unit managers on a lend-lease agreement. Bernie Glasser joined us in a few days, and he was worth every dime we paid him. In short order he organized all of the production personnel into teams, each one charged with a specific function. We had to feed thousands of extras on location, who, since they were needed all day, had very little time to spare for lunch or dinner breaks. Bernie was able to get the cook tents and tables so arranged that one day we fed 11,000 people in three hours. The rounding up of so many horses, equipment, and people into the hinterlands around Burgos necessitated dragging people from fifty miles away, while the horses had to be transported from all over northern Spain. We used railroad cars, vans, buses, and anything that moved when we got to those scenes. Bernie prepared everything so well in advance that almost everything went off smoothly.
The only hitches came when his carefully structured orders were not complied with literally. He then turned his attention to Seto and Pacheco, with whom he had some rather violent sessions. Seto realized his entire future rode on the outcome of VALLEY, so he agreed to follow Bernie's suggestions. He learned to preplan every scene and every camera move and to rely on Bernie's production expertise.
Pacheco, on the other hand, took it like the bantam rooster he resembled. He didn't like Bernie and he made not bones about it. His Spanish pride was being challenged by an upstart American, and he was not about to take advice from some damned gringo who had never turned a camera in his life. Mario was a superb cameraman and the stuff he had shot was spectacular, but he was spending too much time arguing with Seto and trying to get perfect lighting on every scene. We were six days behind in our first fifteen days of shooting and we could not afford temperamental fits.
Espartaco had no guts for this kind of battle, so he permitted us to cope with the situation. He kept his distance, and eventually the Spanish crews began to understand that we gringos had taken charge of the production of the picture. Mario was finally told in no uncertain terms that he had only one choice: Do it our way or get off the picture. Pacheco had no desire to be replaced, and so he began to cooperate. Sullen and reluctant at first, he began to see that the faster tempo was not affecting his art. Soon he began to enjoy the challenge of getting a scene prepared quickly, and he wound up with a reputation as the fastest cameraman in Spain.
Posted by William Connolly at 5:49 AM