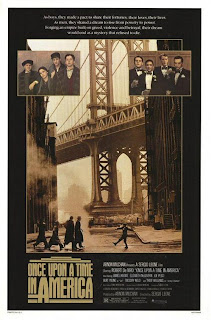 Interviewed by Nighteagle
Tonino delli Colli: Well , in THE GOOD THE BAD AND THE UGLY I am proud of the scene where Tuco runs through the cemetery between the crosses. There we had to choose the right zoom, have Eli run in a circular pattern to stay precisely at the selected focus radius, and have the crosses out of focus, so to convey a feeling of total excitement and speed.
But personally I love ONCE UPON A TIME IN AMERICA. This was technically the most difficult project, not just for me, but for everybody, including (Carlo) Simi, who made real miracles to create props. In OUTA the locations were the biggest problem and I had to pay great attention to the light. Imagine the following: the New York old central train station did not exist any more, so we shot the sequence where Noodles and Deborah part, at the Gare du Nord in
Paris, very similar to the N.Y. old one. The scene where Noodles picks up Deborah with the limousine is shot in part in Montreal : the exterior of the theatre is under the front roof of a hotel , but campo was in Montreal and controcampo in New York! Campo and controcampo mean in Italian film language the direction of the camera "vision". With campo you look at the actor, with controcampo you see the opposite side, that is what the actor would see from his point of view, at 180 degrees from campo. Now, imagine..campo in Montreal and controcampo in New York... and the light must be the same! One more example: policeman Aiello walks down the stairs, campo in Montreal and controcampo in New York! This was the case whenever the architecture around us did not allow to have campo and controcampo shot in one location. We had situations where, shooting campo, we were surrounded by period buildings, but turning around (controcampo) there was a hypermodern bank of glass and steel. This forced me to keep most precise records of all shooting conditions and the lighting involved, to make the blending of the separate takes possible at all. The scene where the balloons pop out of the water was not realized in N.Y. but in Venice, another lighing problem I had to take care of. Leone seemed to get a special craze and enjoyment in this locations fragmentation, it was as if he would exploit his fantasy world to an extremum. So with the garbage truck, at the end of OUTA . He was convinced, I mean convinced, that he had seen such a truck with a grinder, beforehand. He shouted constantly...there must be two thousand of them! And when Leone is convinced of something then everybody has to be convinced too. So dozens of photos drop in showing all kinds of garbage trucks, all models running in the US. Nope, none had the rotating blades, as he had "seen" them. Finally , it had to be built like he had "seen“ it!!
But back to the photography job of mine, another take that I like very much is the one of DeNiro in the opium den. Leone shot three different ways of DeNiro smiling, and edited the one he regarded as most effective.
Posted by William Connolly at 10:46 PM