Anthony Quinn on the Via Veneto 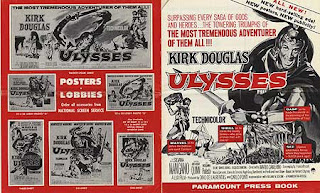 From ONE MAN TANGO
by Anthony Quinn with Daniel Paisner

I had gone to Rome earlier that year, as the axis of the motion picture industry tilted toward Europe, Italian pictures such as OPEN CITY, SHOESHINE, PAISAN and THE BICYCLE THIEF were having a tremendous impact in Hollywood, and signaled a renaissance in movie making. In contrast, American pictures seemed locked in an industrial and creative crisis, and hopelessly stale. Now that I was enjoying some sudden success, I wanted to act on the richest possible stage, surrounded by the biggest talents. The only audience I craved was an audience of my peers. I needed to be where it mattered most, so I packed up my family and followed the wave.It was an enchanted time. I fell in love with Rome the moment I set foot in the city. Six hours later, I was in hospital with food poisoning - it might have been the fava, the pecuno, or the wine - but that was part of Rome's charm. It gave as good as it took. Right away I felt the inventive energy that Hemingway, Fitzgerald, Picasso, and Joyce had created in Montparnasse. Rome had its own Gertrude Steins, but its literary explosion was fueled by images. The artists of this renaissance were not producing paintings for chruches, or manuscripts for the ages, but pictures for movie houses. What the hell did I care? To me, one artist is much like another. All expression is the same. What difference did it make if we worked in a modern medium, as long as we worked well and remained true to our calling?
The city was seething with moviemakers from all over the world. It was like Hollywood, New York, and Cannes all rolled into one. Most deals were made on Via Veneto, over Campari or espresso. Every player had to make an appearance. On Sunday mornings, sidewalk cafes on both sides of the street were filled to overflowing. An actor's popularity was measured by how many scripts he was offered as he traversed the street. Kirk Douglas, with whom I worked in ULYSSES, my first Italian picture (produced by Dino De Laurentiis and Carlo Ponti), used to engage me in a singular game of one-upmanship. One Sunday, he ran the gauntlet from the Excelsior Hotel to the Porta Pinciana and back again, returning with nineteen legitimate offers.
He topped my best by two.
Posted by William Connolly at 7:48 AM