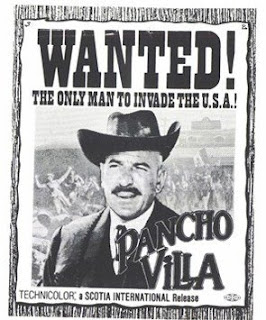 From: HOLLYWOOD EXILE Or How I Learned To Love the Blacklist
by Bernard Gordon
We prepared the production and ordered a beautiful set of miniature trains from a speciality firm in London. The miniatures were quite large, each rail car and locomotive about six feet long, motorized, controlled by radio. The locomotives were equipped with a device that emitted smoke from the stack. Any child's dream. In fact, each car was big enough for a child to lie down in. We built a railroad track at the studio that was long enough for two trains to be photographed racing toward each other in a single shot that, also, would not include any background of modern buildings or incompatible power lines. The ground was carefully leveled so that the speeding trains would not jump the track. None of this was routine. The Spanish set constructors had to overcome real problems, but they worked everything out quite well in spite of my worried interference.
When Telly Savalas showed up to begin shooting, he was already an old hand in Madrid. Because I hadn't been around during the shooting of A TOWN CALLED BASTARD, I had never met Telly. I found him easy, friendly, cooperative. He was having a tough time making ends meet and was working in bottom-of-the-barrel Italian features - before Kojak. Had he read the script? I didn't know. His attitude was that the film and its fate were my problem. Just so long as he got paid.
"You know," I said, "we have a problem because a lot of people know Villa had thick black hair."
Telly shrugged, "I'll wear a hairpiece."
I was surprised at this since I assumed he prized his trademark bald-as-an-egg hairstyle. Believing he would have a problem about this, I had worked out a solution in advance. "I had an idea, Telly. What do you think of this? We'll start the film with you as a captive of the Mexican general who's your nemesis. He's got you in a railroad car heading for Mexico City, where he plans to have you hanged. Meantime, to humiliate you, he has you strapped in a chair and is having your head shaved. Then, you're rescued and play the rest of the film without any hair."
"Fine." He smiled. "Good idea."
I was pleased because I felt that Telly was an asset playing his recognizable self. "I'll send a car for you in the morning, get you to the studio, work on your wardrobe, and we'll be ready to shoot."
"No problem." Telly was ready to go. I found Telly to be smart, educated, and tough without being mean. He gambled compulsively, drank, and was usually deep in debt.
Posted by William Connolly at 8:52 AM